Nowadays, sustainability is already considered a very important aspect of the building's final purpose and the people who will be working in it. When we think about it, it was the size of a building that was enough to have common respect and generate excitement in the past. However, now that global warming is posing an impending threat to the world, people become more impressed with sustainable buildings. So, in short, sustainable design and sustainable architecture try to limit the negative impact of buildings on our environment, and this is made possible by the materials used during the construction of the energy needed to keep everything running. With these in mind, let’s take a look at some of the world’s greenest buildings.

The Crystal in London

The Crystal is not just one of the most famous buildings in London-- it also happens to be a representation of what a future free of fuel could look like. This building has even received prestigious achievements and awards due to its sustainability. The Crystal is powered by electricity-- fluorescent and LED lights throughout the building turn on and off depending on the amount of daylight availability.

The majestic Manchester’s One Angel Square is the headquarters for employees and can fit 3,000 of them inside. Unsurprisingly, this building had a lot of environmental prizes. Aside from having a LED lighting system that makes it green, this building also has a system for recycling waste and rainwater. The Combined Heat and Power system (CHP) fed with pure vegetable oil is what powers it.

This impressive building in Bahrain is popular for its famous architecture and sustainability. Many major cities in the Middle East lead the charge for sustainable construction, but the Bahrain World Trade Center is a green-thinking pillar. The special features of this building are the massive wind turbines that sit between towers designed to generate clean energy from “squeezing” air.

The Shanghai Tower stands more than 630 meters tall and is the second-tallest building in the world, next to Dubai’s Burj Khalifa. It also has wind turbines on the roof that are sources of power for its outer lighting and surrounding park areas. The tower also has almost-transparent walls, making natural light cross over the building, thus dispensing the need for artificial light.

One of the world’s greenest skyscrapers is the first high-rise building with the LEED Platinum certification (Leadership in Energy and Environmental Design). It also features CO2 monitors, waterless urinals, and LED lighting. More importantly, it even has its own generator plant that produces 4.6 megawatts of green energy!

This amazing Museu do Amanhã is built in the Brazilian city of Rio de Janeiro and is surrounded by plenty of green areas. The green features of this museum are two large water tanks used to collect rainwater for reuse later and for cooling the building, and extraordinary solar panels change their position during the day to capture the sun’s rays on top of the building.

Located in Winnipeg, this feat of architecture is proof that energy efficiency doesn’t have to come at the cost of a beautiful structure. This building ranks high on the list of the top energy-efficient buildings in North America because it makes use of “passive design and natural ventilation.” Moreover, it has a geothermal system that powers the building’s heating and cooling systems, as well as its windows and roof gardens.

Apple's new headquarters was the last project of Steve Jobs before dying, and the CEO of Apple Tim Cook is calling it “the greenest building on the planet.” In 2017, this project became real after taking six years to build. 100% renewable energy powers the entire campus. 80% of the land is composed of green areas where trees and xerophilous plants grow in the Cupertino area. At the same time, the garden central has a large artificial pond-- all because Steve Jobs wanted the Apple Park to resemble more of a natural refuge than an office complex.

Melbourne’s Council House 2 building (CH2) was built in 2006 and is the first building in Australia to achieve a six-star rating from the Green Building of Australia. It also has many innovative and technological features such as solar panels, efficient roof, blackwater sewage recycling systems, and wind-pressure turbines. Moreover, one of the most astonishing features of this building is the five shower towers that draw air from over 17 meters above street level, where water droplets slightly evaporate as they use up energy to cool the air.

The Vanke Center is known as the horizontal skyscraper for its length and relative lack of height. This building can withstand a tsunami and receive 10-percent of its energy from solar panels located on the roof. While on the inside, all floors, doors, and furniture are from bamboo.

The Bullitt Center is called the greenest commercial center in the world. The owner of the Bullitt Foundation is environmentally-conscious and hopes that the center will be able to show that carbon-neutral office space can be commercially viable and aesthetically stunning. Furthermore, this building uses only about 32 kWh per square meter and has a solar rooftop.

The Sun-Moon Mansion in China looks like a very big sundial and is one of the world’s largest solar-powered structures with more than 50,000 square feet of solar paneling. It also houses a hotel, offices, a conference center-- all powered by solar energy!

This building opened in 1995 is still a very good example of a sustainable building. The ACROS building was designed to preserve the green space as much as possible while still fitting in a large office building. It has a green roof that reduces the energy consumption of a building.

If you enjoyed this blog, you might want to check out some more of our posts. Visit www.bestaccessdoors.com/blog today! 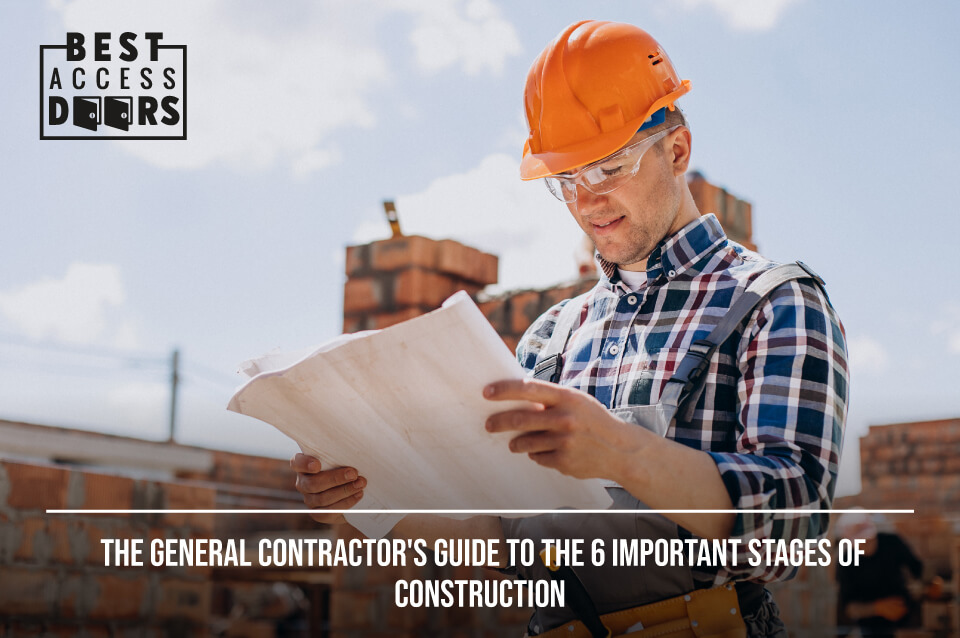 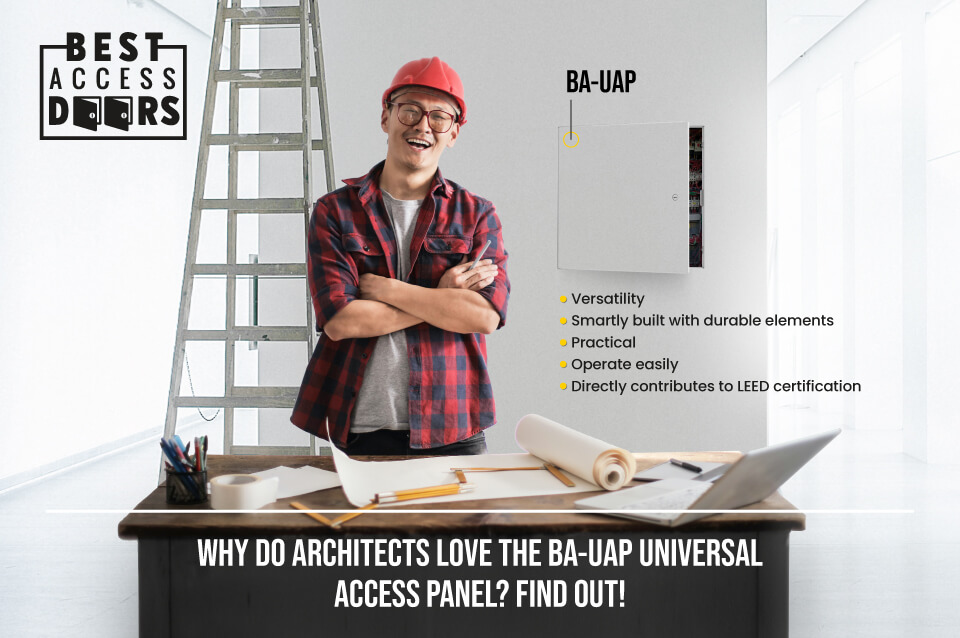 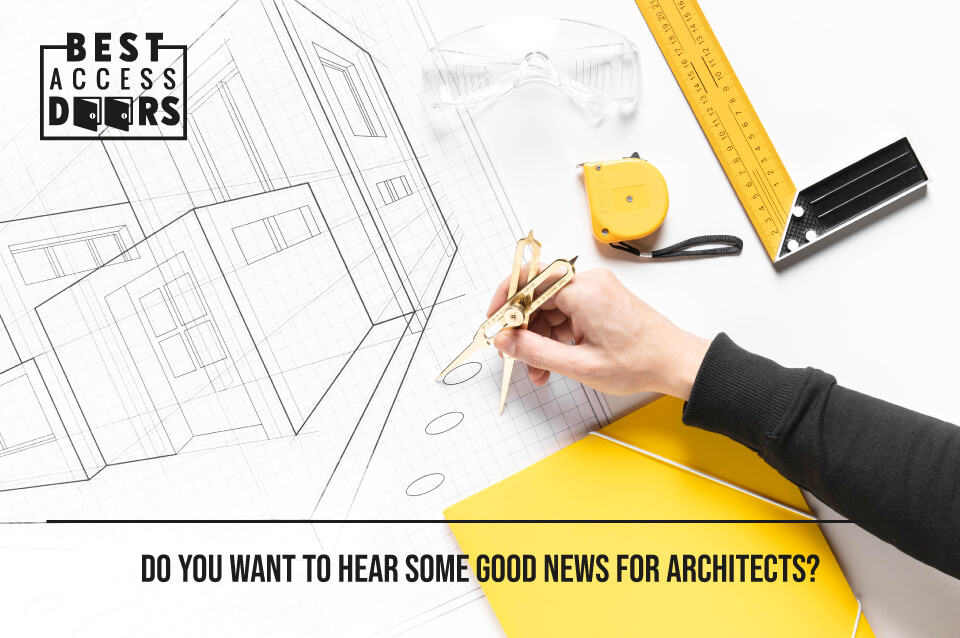 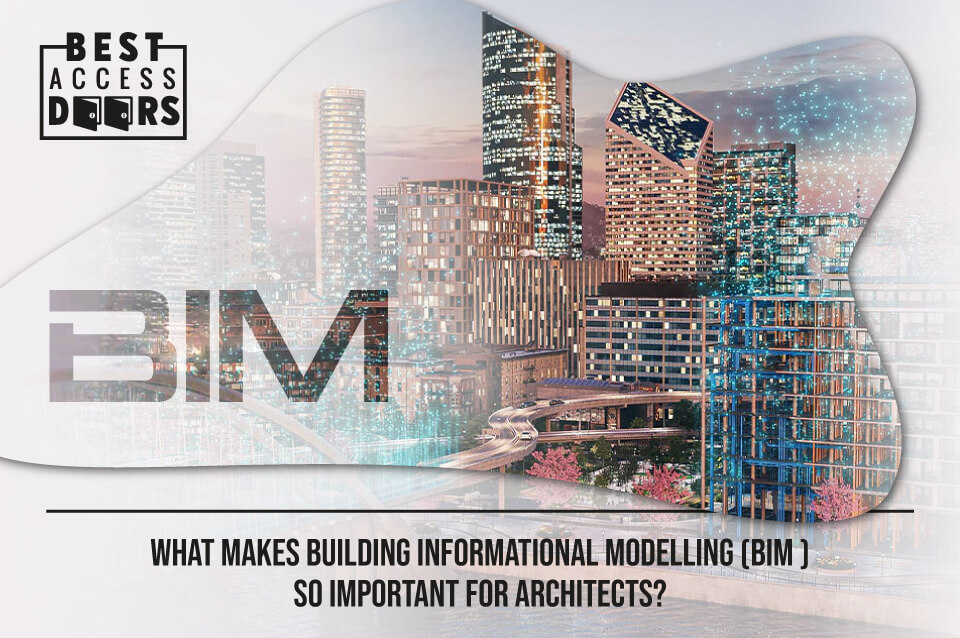